How to stop worrying about a client “blacklisting” you

There are clients who threaten to blacklist you in various situations.

Maybe they’re pushing you to do more and more in a job with a fixed price and you want to split with them, but they make you think “I’m afraid if I let them go they will blackball me in the community.”

Or you’re chasing a payment, and they keep delaying paying but you don’t want to be more pushy because they’ve threatened to blacklist you with local companies.

I used to work for a successful, aggressive man who would use this as a way to put pressure on suppliers all of the time. He would rant and rave about the bad service he was getting from them, and threaten to blacklist them so they wouldn’t get any more work in the city. Both of these things were untrue. He was getting perfectly reasonable service from the freelancers and companies who were dealing with him, and how much effort did he put in to “blacklisting” then after the situation had broken down? Absolutely none. It was all aggressive bluster.

If it hadn’t been bluster, it still would not make any difference. If he tried to tell any other companies not to use you, they wouldn’t listen. It was obvious he was a difficult customer and would be hell to deal with. Other companies will not hold it against you if an obvious arsehole doesn’t like you.

The thing to remember with clients who threaten blacklisting: leave as quickly as possible.

Threatening in this way is a huge red flag. This is exactly the sort of person who thinks if they delay paying long enough, you will give up chasing them.

If you can, cut the relationship short as soon as they threaten blacklisting or badmouthing you. If you are part way through the work and really need the money, continue if you have to. Do not accept more work being put in the job than was agreed. Expect to have to chase for payment at the end – you should consider not releasing the final version of files until your payment has cleared. If you are chasing payment, continue chasing and be prepared to make a small claims filing if you are chasing over a long time.

You are not going to get blacklisted. You will only have to deal with the situation as it stands, then you can move on and work for better clients. 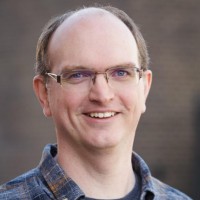